OTC: How Jealousy And The Futile Search For “Being Cool” Corrupts The Media 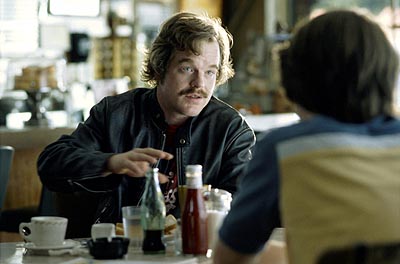 “What do you think Bob Woodward would say about this piece?”
Kevin Kietzman, while criticizing The Star for printing Kent Babb’s Chiefs’ story because it was journalistically weak, 810 AM
GH: Kietzman, Danny Clinkscale and Frank Boal spent some time Tuesday discussing the journalistic merits of Kent Babb’s Chiefs’ story in last Sunday’s Kansas City Star. Kietzman was unimpressed with Babb’s work and that of his Star editors who allowed this story to be printed with what KK believes was tabloid-like journalism. Kietzman questioned why The Star would even allow this story to run. KK might want to check the history books on Bob Woodward. The Watergate scandal broke because Woodward and Bernstein and the Washington Post were willing to go to press with a story that was almost completely fed from an unidentified source named Deep Throat. I am thinking Bob Woodward would very likely tell Babb, “Job well done.”

“KC Tweeps: comical & petty for 810 to dismiss Babb story on Egoli. Remember when 810
made its name challenging King Carl and establishment?”
Jason Whitlock, Twitter
GH: Has 810 lost their little-station mojo that made them the bully of KC sports talk radio? Babb’s story has lifted the curtain off the reasons some members of the local media and their stations/newspapers/websites handle the news they report. We are beginning to see sides being taken and the motivation for why different reporters will align with one side of this Chiefs’ story or the other.

“I don’t think any newspaper article is going to reveal anything that isn’t already
whispered about around the league. The stuff that was in the article where the
people were quoted weren’t football people. I don’t know what other coaches and
scouts are saying about working at Arrowhead Stadium.”
Todd Leabo, 810 AM

“To try to dismiss that is kind of funny in a way but it’s mostly just ridiculous.”
Sam Mellinger, when asked by Nick Wright why some members of the local media are downplaying Babb’s story as no big deal and probably not true and dismissing it as just a few disgruntled employees, 610 AM
GH: Wright asked Mellinger to elaborate. Read on.

“My suspicion is that there are just different motivations. Some of it is jealousy
– ‘We didn’t have this story.’ Look, I’ve been jealous before too. I’m not saying it’s a bad thing. There are self-interests involved that are not – I don’t want to say pure – but are not targeted to best inform your readers/listeners. I think that’s been kind of an eye-opener for me. That’s kind of disappointing when we see things in that story that are sourced out.
We’re talking dozens [of people quoted].”
Sam Mellinger, on other members of the media dismissing Babb’s story, 610 AM

“Funny Peter King wrote today that what Haley alleges is a ‘federal crime.’ Hope for Haley’s sake he is not lying. Could get messy.”
Bob Fescoe, Twitter
GH: 810 is not the only media outlet downplaying Babb’s story. Bob Fescoe has taken Pioli’s side as staunchly as any 810 voice – so much so that his coworker Nick Wright has called him out on the air. Read on.

“Bob [Fescoe] is so far into Piloi’s pocket that he can tell you how much change he has! So
he has treated [Kent Babb’s story in the Chiefs’ work environment] just like
810 has.”
Nick Wright, 610 AM
GH: Comments like this from Nick Wright about another host on his own radio station haven’t happened in Kansas City since Jason Whitlock belched into a microphone. And not even Whitlock was as bold and pointblank and Wright in the way he called out Fescoe. Read on.

“Fescoe’s biggest take away today was Barry Switzer’s take on Dave Campo. The other radio station, I guarantee you if they are allowed to, is going to play a Charlie Weis teleconference live, instead of discussing the biggest Chiefs’ story of the year. Man, you either have a business relationship with the Chiefs or you just hope and pray that one day you and Scott Pioli can go golfing together.”
Nick Wright, 610 AM
GH: After Wright chided Fescoe about wanting to be Pioli’s golfing buddy, he then offered a public challenge to Fescoe to debate this Chiefs/Pioli topic on the air. This is unprecedented in local Kansas City sports talk radio. Can you imagine Soren Petro or Steven St. John going off like this on Kietzman on their shows? How improved would sports talk radio be in Kansas City if 810 allowed their hosts the freedom to critique the other hosts’ work? I will say this for 610’s hosts, I believe they deliver their honest opinions far more than the hosts on 810 – especially when it comes to agreeing or disagreeing with Kevin Kietzman. When one hosts owns the station and is the other hosts boss, it causes a lot of tongue biting.

“There is a balance between saying/reporting/writing things that you think the people you are writing about will like. ‘I can’t write this or this person won’t talk to me.’ There’s a balance between that and the other extreme, ‘Screw it, I’m just gonna blast and maybe I’ll get some attention.’ I think you have to be in the middle somewhere.”
Sam Mellinger, 610 AM
GH: Every person in the media who reports on people they see, know of have contact with at one time or another wrestles with the dilemma of; who is my master? Are you controlled by those you cover or your audience? I turn to one of my favorite film characters ever for the answer. Read on.

“You CANNOT make friends with the rock stars. That’s what’s important. If you’re a rock journalist – first, you will never get paid much. But you will get free records from the record company. And they’ll buy you drinks, you’ll meet girls, they’ll try to fly you
places for free, offer you drugs… I know. It sounds great. But they are not your friends. These are people who want you to write sanctimonious stories about the genius of the rock stars, and they will ruin rock and roll and strangle everything we love about it.”
Lester Bangs, on his advice to the young freelance writer William Miller in one of my all-time favorite movies of the 90s, Almost Famous
GH: Young William listened to Lester but like many journalists before him, he
was weak. He succumbed to the temptations of being buddies with the rock stars.
He turned to Lester Bangs once again for mentoring. Read on.

“Aw, man. You made friends with them. See, friendship is the booze they feed you. They want you to get drunk on feeling like you belong. They make you feel cool. And hey. I met you. You are not cool. That’s because we’re uncool. And while women will always be a problem for us, most of the great art in the world is about that very same problem.
Good-looking people don’t have any spine. Their art never lasts. They get the girls, but we’re smarter. My advice to you. I know you think those guys are your friends. You wanna be a true friend to them? Be honest, and unmerciful.”
Lester Bangs, Almost Famous
GH: Every writer, broadcaster and fan should imbed Lester’s words to memory.
They are that true.

“If Haley believes that the Chiefs are bugging rooms and/or tapping phones, Haley needs to provide chapter-and-verse evidence. If he’s right, people won’t simply lose their jobs;
they’ll possibly land in jail, and for good reason. The allegation is so inherently troublesome that we think the league should launch an immediate investigation.”
Mike Florio, NFL writer, CBSsports.com

“When I was a feature producer at HBO on INFL, we did a cover story on Pioli.  It was produced by another feature producer, who was a Pats fan, who came back from the shoot and talked about what a douche Pioli was for an entire week.  He literally couldn’t
believe what an asshole the guy is.”
OTC Email

“Charlie Weis – that is radio gold right there! That is all-world. I’ll be a fan of Charlie Weis’ news conferences. He can have them all the time and we’ll have them right here [on
810]!”
Kevin Kietzman, after the conclusion of Weis’ press conference, 810 AM
GH: While many in the national media buzz about what Babb revealed about life inside Arrowhead, KK gushed about having Charlie Weis’ presser on live on 810. I guess it beats his grilling and cookie diet segments.

43 Responses to OTC: How Jealousy And The Futile Search For “Being Cool” Corrupts The Media