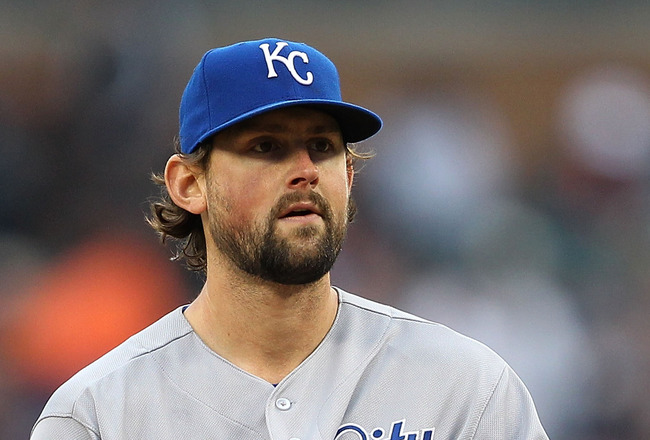 “We are not going to spend valuable radio time discussing a team that is dead last in their league.”
Nick Wright, refusing to talk about the Royals on Monday as they sit at the bottom of MLB with a 6-16 record, 610 AM
GH: The Royals are in an atrocious early-season slide in the most inopportune of seasons that was supposed to be our/their time. It is ugly. It is difficult to digest. It spawns the kind of frustrations in the fans and media that result in comments like Wright’s above. Read on.

“I was going to try and stay quiet… But I can’t do it! Why do we watch? Why? What’s the F-ing point?”
Soren Petro, @theprogram, who went on a Twitter tirade on the ineptitude of the Royals during Tuesday night’s beat down in Detroit, Twitter
GH: Petro battered the Royals’ organization for being inept and cheap during his Tuesday night Twitter rant. Check @theprogram Twitter timeline for all of Petro’s anti-Royals’ blasts. Fans fed off his frustration and applauded him for it. If you are the Royals, you really have to be concerned when both Nick Wright, the afternoon drive host on the Royals’ rights holder, and Petro, KC’s local baseball seamhead have lost it after only the first month of the season.

“The levels of Royals freak out on Twitter is worth the price of admission.–unfortunately the product on the field is NOT.”
@hooptveast, Twitter

“We will start our grilling segments next week.”
Kevin Kietzman, promoting his Wednesday hour-long segments with Jim Cattey of Smoke ‘n’ Fire, 810 AM
GH: Dare I say I look forward more to Cattey describing his coffee rubs more than another dissertation on why Luke Hochevar is underperforming? The life of a Royals fan has gotten that desperate.

“I knew he had turned the corner last season after the All-Star break.”
Ned Yost, responding to Ryan Lefebvre’s pregame interview question as to when he knew Hochevar had “turned the corner,” Royals Radio
GH: Hochevar’s career ERA is 5.37. Read those numbers again for the Royals’ first-pick-in-the-draft ace who is now in his sixth year in the league.  If Yost really believes Hochevar has turned the corner, the Royals’ starter must be walking down a street from Alice in Wonderland.

“[Steve] Physioc is drunk on the blue juice….keep drinking it man – gets you nowhere.”
Greg Schaum, @Greg_Schaum, on the Royals play-by-play broadcaster Tuesday night, Twitter
GH: Remember when some of us were more concerned about the Royals’ broadcasters than the play on the field? I barely notice Physioc’s and Rex Hudler’s pro-Royals’ rally cries while watching the club devolve into one of baseball’s worst teams.

“If the Royals lose four straight to the Yankees they’ll be 0-14 at home. They have got the Yankees and then the Red Sox. They could conceivably start 0-17 at home. It could get ugly again.”
Bob Fescoe, 610 AM
GH: The Royals face Justin Verlander today in Detroit and then return home Friday to face the Yankees. I would venture to say it is already ugly again. The Royals’ season has gone so bad the rainouts are now what we anticipate most.

“When there was all that realignment talk, I’m surprised that they didn’t move the Red Sox to the National League so that the Red Sox and Yankees could play in the World Series.”
Ryan Lefebvre, Royals Radio
GH: Lefebvre said this in a snarky tone to admonish MLB for their constant promotion of the Yankees and Red Sox. Would Ryan like to see MLB broadcast more Royals’ game nationally? I wouldn’t.

“This is judgment time. For anybody who said, ‘Let’s wait until we’re a month in,’ this is now a month in.”
Josh Klingler, 610 AM
GH: Judgment time. I think it’s Roast Yost time and not in a funny way. How much longer can Yost keep his job if the Royals’ hope to sell tickets and excite a battered fan base? May 18th sounds about right to me.

“I’ll be honest with you, I do not want to sit here in the middle of May and have this team done. Because what do we look forward to then?”
Bob Fescoe, 610 AM
GH: There’s always KK’s grilling segments.

“I want everybody to remember where they heard this first. Has anybody considered the fact that it has been three years since [Hosmer] had his Lasik surgery? It wears off and it wears off pretty quickly.”
Kevin Kietzman, 810 AM
GH: Sounds like KK must have lost his show’s Lasik surgery sponsor.

“I just think that what Amare Stoudemire did is something we’ve all done. I have a hole in the drywall of my home because my fiancé is irrational. It’s what a lot of humans have done—punch an inanimate object instead of another human. I’m not saying what Amare Stoudemire did is right, I’m saying it’s something most men have done.”
Nick Wright, on the Knick slicing his hand when he punched the glass of a fire extinguisher door after the playoff loss to Miami, 610 AM
GH: I agree that some men hit things when angry. Some also throw golf clubs, kick objects and smash TVs. But not most. Not even many. Kids and immature men do these things. One day Nick Wright will be a mature man as well.

“Larry Brown told me he was probably SMU’s ‘15th choice, I’m probably the last man standing…I don’t care about that.’”
Jim Rome, @jimrome, Twitter
GH: The old ball coach just cannot get enough of the competitive game. Part of me feels sorry for him.

“So Larry Brown dumps his SMU PG for no reason, then goes after PG from Arizona who just got an ‘extreme’ DUI?”
Jason McIntyre, @TheBigLead.com, Twitter
GH: Brown told the PG at SMU he wasn’t good enough to play for him. I call that being honest. If Brown can turn SMU into an instant winner… what am I talking about? Of course he can and will. It is what he does.

“I think for the most part the people who work here at [WHB] enjoy it here. I don’t think people here are going around saying negative things about [WHB]. I don’t think that happens, do you?”
Kevin Kietzman, stating that he believes the Royals fired Frank White because he was badmouthing the organization to others, 810 AM
GH: To answer KK’s rhetorical question, “Yes.”

“Here’s something I want to do. If anyone can come down to Sportswear, etc., say hello and then walk down the sidewalk to Smoke & Fire and if you can get ‘Nick Wright’ of ‘610’ or ‘What’s Right’ or something like that audible on 810’s airwaves while my pal Kietz is broadcasting, I will do my very best to hook you up with some Royals or Sporting tickets. … If you potentially horribly rattle of distract my pal Kietzman by walking close to the broadcast booth and yelling ‘610’ or Nick Wright.’”
Nick Wright, 610 AM
GH: Just when you thought AM talk radio might have evolved past junior-high pranks, it sucks you right back down the drain with them.