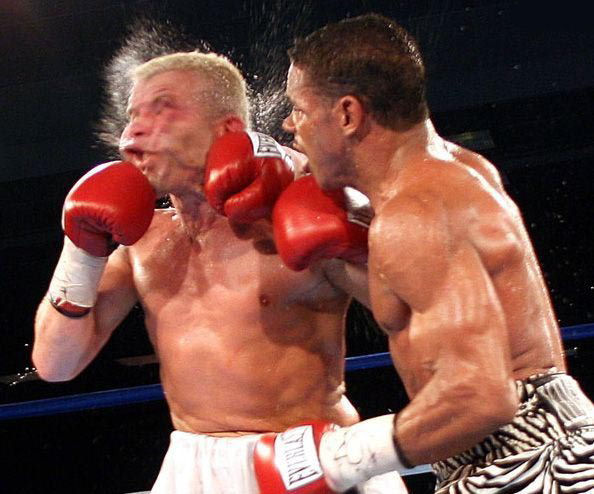 “Nick Wright dethrones Keitzman!”
Subject line on an email Thursday from Entercom’s 610 Sports
GH: KK’s surname may have been misspelled by mistake…or not. Radio Wars in Kansas City sports talk just went from Grenada-like to Desert Storm. And this time all the hot air blowing across the Kansas plains has some sand in it. Read on.

“The June ratings are in and we got some monumental news. Nick Wright beat Kevin Kietzman head-to-head in every sellable demo for us. It’s a big win for us because no one we’ve ever put on the air against 810 in afternoon drive has ever come close to beating 810….and that includes Jason Whitlock.”
Ryan Maguire, Program Director at 610 Sports
GH: While looking over the ratings for Wright’s win, I chuckled knowing that Whitlock’s two phone calls to Wright’s afternoon show probably didn’t hurt his June ratings. All the more reason not to hang up the phone on Pork Chop, Nick.

“We’re talking (about ratings) what we’re shooting for? Men 25 to 54 from 2 PM to 6 PM? We beat ‘em? Well, aright! Don’t know how, but I appreciate it, though.”
Nick Wright, after revealing he was informed prior to his Thursday show that his afternoon-drive show had topped Kietzman’s, 610 AM
GH: 610 Sports began running a promo announcing Wright’s victory over Kietzman on Thursday. I am going to guess we will hear it just as often as we have that “the most listened to sports talk radio station…” sounder that has been a 610 staple since the last Arbitron book. What I found different this time was Wright’s more humble approach to his new success. Read on.

“I still really need you guys to tell your friends about the show and listen as long as you can. ‘Cuz there’s nothing worse than running these promos and about me having the number-one sports talk show in town and then having to pull them after 19 days because I’m back to getting my ass kicked.”
Nick Wright, 610 AM
GH: Could pot-smoking Nick Wright be maturing right before our ears? Where is the boastful idiot from the Ink Magazine interview? Could it be possible that Nick Wright learned something from his past fleeting successes on 610 Sports? It will be interesting to
monitor.

“Real quick though…I am the smallest part of the show you can imagine. Carrington, Carman, Carter and most importantly you the listeners of Kansas City.”
Nick Wright, 610 AM
GH: No, nobody changes that much, that quickly. But at least he is starting to listen to how he sounds to his audience.

“We always knew that Nick put on a better show than Kietzman.  It’s nice to see that he’s starting to get the ratings credit he’s deserved all along.”
Ryan Maguire, Email
GH: Many will now question whether or not Wright’s ratings are due to his talent or has Kietzman gutted his show to the point he has forced his once dominant radio audience to flee for an alternative? It is probably a bit of both – but there is little doubt in my
mind that WHB has gotten lazy, overconfident and commercial fat.

“I have a lot of admiration for the young people (in broadcasting) today but I don’t think they really have that devotion to work. They want to move through quickly, which is alright. They want to reach that pinnacle overnight sometimes – and it doesn’t happen
that way.”
Jack Harry, while talking to Kevin Kietzman on Wednesday, 810 AM
GH: Harry sounded 117 years old while he and KK blasted away at “the youth today.” What a crock. Kids today aren’t all that different from kids of any era. They want it all now and they don’t want to listen to anybody with any experience as to how to get it.

“Now that Nick has Kietzman on the canvas, we’re going to do everything we can as a team to make sure he stays there.”
Ryan Maguire, Email
GH: Canvas? Stay there? These are fighting words. I have never know Kietzman to pass on a challenge from a radio competitor. But his actions and words of late remind me much of Don Fortune’s overconfident attitude toward a little day-timer radio station in Independence known as 1510 The Team. Can Wright keep the heavyweight Kietzman on the canvas? WHB needs football more than ever. But here’s a scary thought – what if
Kietzman can’t rebound this fall? Unthinkable. Isn’t it, …Don?

“Nick wasn’t the only success story for us in June.  Our new 9a-11a host, Danny Parkins scored a win over WHB in our target demo of Men-25-54.  And, for the second month in a
row, the station overall had more listeners and higher audience share than 810.”
Ryan Maguire, Email
GH: Is it real? Will it last? There is little doubt that 610 Sports has at least stolen the momentum from 810. With Parkins back-to-back wins in his time slot, that momentum appears to be building.

“By the way, you can tell Todd Leabo that I said ‘scoreboard.’ ”
Ryan Maguire, Email
GH: Maguire’s salvo and goal is to turn off the the lights at Union Broadcasting – but did he instead turn them on? #RadioWars

Software guy who has been writing my Off The Couch column in KC newspapers, publications and websites since 1994. Has been bounced from some of the finest media establishments this side of State Line Road. Dad first and everything else second...and there are a lot of everything elses.
View all posts by Greg Hall →
This entry was posted in Uncategorized and tagged 610, 810, Kevin Kietzman, Nick Wright. Bookmark the permalink.