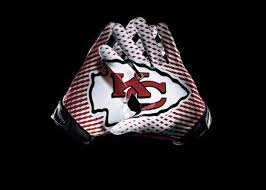 “I just have to believe [the Chiefs] are better prepared than they were last year. I do have to say I am concerned about the Chiefs playing for a players’ coach. I think it’s going to be short term for Romeo Crennel with the Chiefs. .. I’m going to stand by the 10-6 for the Kansas City Chiefs.”
Soren Petro, 810 AM
GH: Petro sounded conflicted as he gave his 2012 Chiefs prediction. He acknowledged the upgrades in personnel but is concerned with a recycled head coach from Cleveland. Petro says Crennel could follow Bill Belichick’s path and find Super Bowl success the second time around – but he doesn’t see that happening. In fact, Petro sees almost everything and anything as a possibility. Read on.

“This [Chiefs] team could absolutely be the San Francisco 49ers of this season. I could see them going 13-3. I could also see everything going to hell and them finishing 6-10.”
Soren Petro, 810 AM
GH: Okay. Solid analysis here from the Syracuse grad. At least Kenny Kenny picks a side and sticks with it.

“I really don’t get all wrapped up with being 100-percent because in football, nobody is really ever 100-percent. If I’m out there, I’ll be ready.”
Brandon Flowers, Chiefs defensive back, on his availability for the Atlanta game, SBNation.com
GH: If Flowers is going to be covering Julio Jones, Tony Gonzalez and Roddy White on a bad wheel, Matt Cassel and Brian Daboll are going to have to play June Jones’ football on Sunday to stay with Atlanta. Read on.

“This is a terrific Atlanta team. They are loaded! This is a very difficult first game for the Chiefs. Very, very difficult.”
Kevin Harlan, 810 AM
GH: Harlan does not sound optimistic about the Chiefs chances in their opener – and with Tamba Hali out, Brandon Flowers hobbled and the Chiefs’ disappointing preseason games, it is no secret as to why. The NFL Network’s Michael Lombardi [one of the most bored-sounding guests on local radio – he sounds like he would rather be doing almost anything else but talk to The Border Patrol] is picking the Chiefs to win Sunday. He is banking on Atlanta’s QB, Matt Ryan, playing poorly outside the dome on the road. Tony Gonzalez though can’t wait to get here. Read on.

“I’ve got to say thank you to the NFL people for scheduling it the first game of the season. … The most special part about it is the fans. There’s no doubt about it. That’s what I miss, the fans, the atmosphere. The fan support they gave me and my family, I count that as my family because they’re always there with me when I’m on the field.”
Tony Gonzalez, on his first game at Arrowhead as an opponent, Kansas City Star
GH: Gonzo will likely go into the NFL HOF as a Chiefs’ player and be remembered as one of the city’s favorite athletes. But should he feel this comfortable coming back to a town that he willingly left? Every athlete should do what is best for themselves when it comes to their contract and for which team they choose to play – but Arrowhead might not be nearly as friendly to the tight end as he remembers come Sunday.

“This is a story that I don’t care about at all.”
Soren Petro, on the NFL using replacement refs until they reconcile with the referee union, 810 AM
GH: Some in the media are apoplectic over the thought of replacements referees. Kevin Kietzman is one of those. Bob Fescoe is another. I side more with Petro. If the refs can’t settle their labor dispute without a strike, I’d pull a Reagan and can them all.

“The replacement head referee will make about 6.5X less than the lowest paid player on the field ($22,941 a week is rookie minimum). If the replacement refs lasted the whole season, the head referees would make $59,500 for roughly 53 hours of in-game work.”
Darren Rovell, @darrenrovell, Twitter
GH: And the NFL referees are bitching about their pay? A pension??? Get real, guys. You just may have hosed yourselves into becoming nobody insurance salesmen once again.

“Shut up. RT @mikehelms54: @ChrisJohnson28 huge titans fan but man you need to get outside and show your speed stop looking for the cut back.”
Chris Johnson, @ChrisJohnson, Titans’ All-Pro running back, Twitter
GH: Maybe my all-time pro athlete tweet.

“I’m on 15 South at Baker and power is out and can’t buy gas. This is not a joke. Don’t have enough gas to get to Barstow. Need help.”
Jason Whitlock, in a tweet he sent out Tuesday afternoon while driving from Las Vegas to LA, Twitter
GH: Deadspin.com reported Whitlock’s plight yesterday and followed it up with the following comment…

“We know Whitlock spent his Labor Day weekend in Vegas, and he’s apparently on his way back to L.A. He hasn’t quite made it. He’s currently in the tiny roadside town of Baker, Calif, pop. 735. The power is out, the pumps aren’t working, and he doesn’t have enough gas to make the next town. He may die out there, among the snakes and scorpions and former boomtowns of the American West, with nary a mobile-friendly link in sight. ‘The way of the world is to bloom and to flower and die but in the affairs of men there is no waning and the noon of his expression signals the onset of night.’ Whitlock’s been known to Tweetlie before, so grain of salt on this, but if true it’s absolutely our favorite thing of ever.”
Barry Petchesky, writer, DeadSpin.com
GH: Fortunately for Pork Chop, his tweet was answered by a good Samaritan and he safely found his way back to LA. I am guessing it was not Joe Posnanski who was driving the tow truck.

“I can’t wait till @dduffkc23 starts pitching again and I can say yea he is my homie!”
Zach Lehman, @ZachLehman10, Twitter
GH: Following professional athletes on Twitter is mostly useless. Duffy is the glaring exception. He tweets like he is an old high school teammate of yours. I hope he comes back from his TJ surgery and has a 10-year career here in Kansas City. He has a chance to be the city’s most well-liked, regular-Joe kind of athlete – the kind I thought had become extinct.

“You’re not familiar with my boss. I think he’s counting down the days.”
Danny Parkins, after Brian Weber, a guest from the NFL Network, compared Parkins’ resigning his contract with 610 Sports to that of the NFL referees holdout, saying if Parkins held out his listeners would miss him, 610 AM
GH: Parkins made this comment as a kind of aside but there is some truth to his torment. Word out of 610 Sports is that Parkins and his boss, Ryan Maguire, have been on the outs since Nick Wright’s departure. It was Maguire who fired the rest of Wright’s crew at the time, which Wright then turned into a scorched-earth attack on his old station and boss. I am not sure if this has anything to do with why Parkins and Maguire can’t get along but I don’t expect Parkins to be at 610 once his contract expires.

Software guy who has been writing my Off The Couch column in KC newspapers, publications and websites since 1994. Has been bounced from some of the finest media establishments this side of State Line Road. Dad first and everything else second...and there are a lot of everything elses.
View all posts by Greg Hall →
This entry was posted in Greg Hall OTC and tagged head coach, june jones, whitlock. Bookmark the permalink.