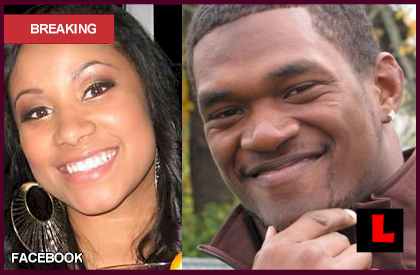 “Kansas City Chiefs linebacker Jovan Belcher fatally shot his girlfriend early Saturday, then drove to Arrowhead Stadium and committed suicide in front of his coach and general manager after first thanking them for everything they had done for him, police said. … ‘They were just talking to him and he was thanking them and everything. That’s when he walked away and shot himself.’”
MSN.com
GH: This became the lead story on MSN.com and just about on every other media outlet Saturday morning. How the media handled this shocking breaking story on a sleepy Saturday morning is the focus of this Off The Couch column. Read on.

“FOX TV crew was removed from Arrowhead just before 8am and the stadium has been on lockdown since. I was first local media here.”
Danny Parkins, @DannyParkins, Twitter
GH: Being first seems to continue to be an important designation for some in the media. I really don’t understand the rush…and I really don’t understand the chest thumping that accompanies the declaration. Read on.

“Jovan Belcher.”
Doug Gottlieb, @GottliebShow, Twitter
GH: Gottlieb was one of the first members of the national media who I saw tweet Belcher as the identity of Chiefs’ player. He deleted the tweet soon after.

“Sources: Jovan Belcher has shot his girlfriend and shot himself.”
Kevin Kietzman, @kkwhb, Twitter
GH: Kietzman broke this story live on 810 shortly before 9:00 AM. At that time he merely mentioned there had been a shooting of a female that and a black male – believed to be a Chiefs’ player – was threatening suicide in the Arrowhead parking lot. He tweeted and went live on 810 with the identity of Belcher not long after. The fact that he named Belcher before the police released his name was not well received by many on Twitter. Read on.

“Again we are all hearing this name, we are not reporting it until we get the go ahead from police. … Not looking for thanks for taking the high road on the name, we just aren’t doing it until confirmation comes from police.”
Josh Klingler, @joshklingler, Twitter
GH: 610 refused to name Belcher or confirm the reports like KK’s that named him as the shooter. Despite Parkins’ rush to tell us he was first on the scene, 610 came off looking more professional than 810’s Kietzman in most of the tweets I read.

“I understand people want to know, but this isn’t about being first…this is about respecting the families that may not have been notified.”
Steven St. John, @SSJ_WHB, Twitter
GH: It was apparent to me that KK jumping the gun on naming Belcher was not appreciated by all of his coworkers.

“That DOES NOT mean his family has been informed. Put yourself in family’s shoes. That’s doesn’t impact my decision. Family first. Period.”
Bonnie Bernstein, @ BonnieBernstein, responding to people informing her that Belcher’s name was being posted elsewhere, Twitter

“Player whose name is floating out there was a starter on defense. Soft-spoken, mild-mannered young man. Hard to wrap your mind around this.”
Kent Babb, @kentbabb, Twitter

“Floated? [Kietzman] confirmed it for the whole world, including the family.”
Dan Cowan, @kcdan, responding to Babb’s tweet, Twitter

“And KK is a real piece of work. Not an actual reporter, spends no time at games, no time around players and coaches. Yet reports name. Loser.”
Ross Martin, PCBearcat, sports editor of St. Joseph News-Press, Twitter
GH: Kietzman gets hammered often by other members of the media for not being more involved in locker room interviews and press conferences. I do not agree with the criticism. KK spent the first 15 years or so of his career doing nothing but working in the media trenches. He’s paid his dues. You don’t have to agree with his “journalism,” but his failings have nothing to do with his proximity to the athletes, coaches and front offices.

“I’ve heard from multiple sources who the player is but it’s not responsible for me to say. KCPD says all family has not been notified”
Danny Parkins, @DannyParkins, Twitter
GH: While Kietzman was getting blasted on Twitter for naming Belcher, a steady stream of 610 staffers were more than eager to let everyone know they knew, but were too responsible to tell. But remember, Parkins was there first.

“Nice reporting this morning on @espn News by @bobfescoe and @DannyParkins.”
Chris Kamler, @TheFakeNed, Twitter
GH: I saw a number of tweets praising 610’s work on the Belcher story. Apparently so did 810’s Aaron Swarts. Read on.

“Today was by far the strangest & most challenging day of my career. I’m most comfortable in an opinion role so I hope I met your standards.”
Danny Parkins, @DannyParkins, Twitter
GH: Parkins sent this tweet out about 8:00 PM on Saturday night. I’m more comfortable with members of the media who just do their job and don’t troll for compliments.

“Terrible news out of KC. NFL players actually have lower than age-matched peer suicide rate. still, 1 obviously too many. sportsillustrated.cnn.com/vault/article/…”
David Epstein, @SIDavidEpstein, Sports Illustrated writer, Twitter
GH: This tweet trumped all of the me-first media tweets I read. Epstein seized the murder-suicide to promote his SI story from last May – whether it had anything to do with the current story or not.

“Local TV news is a waste of time. Twitter is where it happens.”
Brian Kubicki, @bkparallax, responding to my frustration over the lack of live TV coverage Saturday morning, Twitter
GH: After hearing KK first mention the story on 810 just before 9:00 AM, I switched to 980 AM for their coverage. The weekend news reader on the job did not know how to pronounce Crysler Avenue. I flipped on the TV to get some video from the local stations. Channel 5 had a camera person and a young reporter at the murder scene. The reporter had few details and struggled to get his words out but at least TV5 had someone working the story live. KSHB 41 had almost nothing on the story, despite having a live news show through 10:00 AM. I watched a TV41 studio interview about adopting stray dogs while I waited for them to report on the Belcher story. When 41 finally did get a camera person out to Arrowhead, their

“reporting” consisted of a live camera shot from the Arrowhead parking lot of four policemen/detectives standing around laughing heartily. It was not a good look for KC’s finest. The camera quickly panned away from the cops and to an unoccupied area of the lot. Many media outlets have inexperienced people working their Saturday morning shifts and on this Saturday it showed.

“And when kshb decides to air a live shot it is of cops telling jokes and yucking it up! Nice!”
Todd Richards, @TRich6225, Twitter

“Who the HELL goes to Wikipedia page for Javon Belcher and show date of death to 12/1/12?”
Ira Taylor, @iracpa, shortly after Belcher’s name appeared on Twitter, Twitter
GH: People are an odd bunch. Some cracked jokes. Some mourned. Some complained about how others were reacting. Twitter allowed all to participate.

“Kills someone else, leaves family behind & forever effects the individuals who saw him take his life. It continues to be the coward’s way out.”
Josh Vernier, @JoshVernier, Twitter
GH: Vernier’s tweet initiated a Twitter conversation between him and Greg Schaum, a former Royals’ pre- and postgame host on 610. Read on for some of that dialogue.

“Oh Josh- do you think that was necessary to get on a soap box now…really!”
Greg Schaum, @Greg_Schaum, Twitter

“This kind of thing hits too close to home for me. I can’t mask anger with sympathy.”
Josh Vernier, @JoshVernier, Twitter

“Does for me too man- which is why this is not the time- saying coward way out makes it much easier than it really is.”
Greg Schaum, @Greg_Schaum, Twitter

“I apologize if people thought that was too quick. It just drummed up so many feelings that I’ve had buried for a while now.”
Josh Vernier, @JoshVernier, Twitter

“You seem like a good guy and we all deal differently- so I appreciate that response and know u are not alone in this my friend.”
Greg Schaum, @Greg_Schaum, Twitter
GH: Too often these kind of Twitter disagreements go downhill faster than a Bo Pelini game plan. [Wiscy is up 63-17 as I type this.] Props to Vernier and Schaum for handling their differences like responsible adults.

“Why is everyone glossing over the fact HE MURDERED A WOMAN in front of baby?!? THAT’s the headline — Suicide secondary.”
Dana Wright, @RadioDana, Twitter
GH: There was a great deal of sympathy expressed early for Belcher. That will likely change as we get further from the incident. His decision to kill himself seemed to be the reason so many took pity on him. What if he instead dies in a high-speed chase as he’s running from the cops after shooting his child’s mother multiple times? How different is his crime from O.J.’s, really?

“[The Chiefs] need to play with this guy’s passion. He’s no longer here, but if they want to represent him and the sorrow they feel, they need to go out and play with his passion and his energy.”
Herm Edwards, ESPN
GH: Herm’s words baffled me. I would hope that all athletes avoid Belcher’s “passion.” ESPN reported on Belcher as if he died a hero. They used game-day photos of him and solemnly posted “1987-2012” on the TV screen as they faded to commercial with the aid of a soft piano music bed. Maybe O.J. should have shot himself instead of taking that ride in the Bronco.

“It’s not any worse for the girlfriend’s family than it is for Belcher’s family. Sometimes, there are no degrees of awfulness.”
Robert Ford, @raford3, Twitter
GH: Awful is awful – and it is always worse for the loved ones these type of crimes leave behind.

Software guy who has been writing my Off The Couch column in KC newspapers, publications and websites since 1994. Has been bounced from some of the finest media establishments this side of State Line Road. Dad first and everything else second...and there are a lot of everything elses.
View all posts by Greg Hall →
This entry was posted in Greg Hall OTC and tagged belcher, jovan, lead story. Bookmark the permalink.