OTC: Nick Wright Calls Kietzman A Shill & A Whore / Will It Matter? 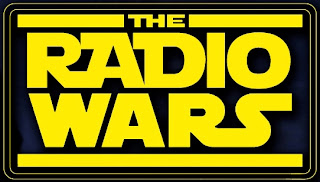 “I’ve got a 15-year track record here. I don’t answer to anybody. … I don’t want to be beholding to anyone ever! I am my own man. I am unique. If you want to believe somebody else, knock yourself out. I stand by everything I say.”
Kevin Kietzman, to a caller who asked him to respond to some accusations made by 610’s Nick Wright, 810 AM
GH: Wright believes Kietzman has compromised his objectivity when it comes to discussing the Chiefs because of the business partnership 810 entered into last year with the hometown team. This is not a revelation to anyone who reads my OTC regularly. Wright though, has ratcheted up the accusatory tone to DefCon 4 levels. Read on.

“It’s one thing to become a shill. It’s another thing to become a whore that rails against his listening audience He’s got to sleep on that, not me.”
Nick Wright, 610 AM
GH: Wright has publicly stated that Kietzman’s afternoon-drive show is kicking his show’s ass. Just when it looked like Wright was about to take his butt kicking and fade off into the sunset like so many other failed Kietzman hunters, it appears Wright is leveling one last blast at KK in an attempt to survive. Read on.

“Kevin Kietzman is a Kansas City sports radio icon. He’s talking about the Chiefs’ employee pay cuts. I was shocked because if I know anything about Kevin recently, the man cares about his bottom line more than anything. The Chiefs are a business partner (of 810) and the only way to talk about these pay cuts is to lay out the facts.”
Nick Wright, 610 AM
GH: Wright is firmly entrenched in the player’s camp on this NFL lockout. Kietzman is just as dug in on the owner’s side. Wright believes KK’s stance is solely fueled by his radio station’s partnership with the Chiefs. I have a feeling Wright’s indignation is more of an act to draw a reaction from KK than any moral stance.

“That’s shameful, man. As a Kansas City kid who always wanted to do sports talk radio (listening to Kietzman). And it wasn’t because he had the biggest signal – which has always been a lie. That’s never been true in fact but it was true in spirit for awhile. Certainly you could say America’s most important all-sports radio station at one time.”
Nick Wright, 610 AM
GH: Wright is attempting to appeal to those KK listeners like FakeNedYost who once loved Between The Lines but now believe it has lost its way with too many infomercials and non-sports talk. It is not a bad move to go after this growing and restless audience.

“Let’s not forget how ruffled and how upset Lamar Hunt and Carl Peterson were with me and at times Clark Hunt. I’m sorry, my track record with the Chiefs stands. I don’t care what anybody says.”
Kevin Kietzman, 810 AM
GH: This argument by Kietzman doesn’t hold much smoke or fire. We know he hated the old Chiefs regime. He told us how King Carl tried to get him fired. It is his attitude toward the Chiefs since 810 became their broadcast partner that is in question.

“And now the head of that station, one of the part owners, the big afternoon dog, has gone so cooperate that when impartial national media call Clark Hunt overly greedy and selfish, you get on the radio and call him compassionate and draw a correlation between the Chiefs cutting pay and GM collapsing – because according to you they were overpaying their employees. That’s sad, man.”
Nick Wright, 610 AM
GH: I think Wright is all wrong when it comes to his stance that the Chiefs are being cheap and greedy by cutting payroll. What American business isn’t or hasn’t the past three years? His argument toward KK’s objectivity loses me here.

“In my opinion (the Chiefs) let some people go that they were going to get rid of anyway. If you want to say it was dead weight…”
Kevin Kietzman, 810 AM
GH: Knowing that Union Broadcasting has also had to slice their payroll in the past year, you have to wonder how those 810 employees who were let go feel about KK’s comments. Were they told they were dead weight when they got their pat on the back and a pink slip?

“I can proudly say that in 15 years we have never ever, ever, once had a meeting with anyone that is on the air and said, ‘This is what we need you to say.’ Never, ever, ever. … You cannot do (sports talk radio) that way.”
Kevin Kietzman, 810 AM
GH: I had a short stink on the air with Union Broadcasting and I’ll agree with Kietzman that the talent is not told what to say or what not to say – unless it has to do with Bill Grigsby.

“I did work for that other (radio station) and I did have a meeting or two at that company where they did say that. I can say that honestly.”
Danny Clinkscale, 810 AM
GH: Danny hasn’t worked for Entercom for more than a decade. I doubt if even the night-time cleaning crew even has any of the same people roaming those walls as when he, Petro, Kurtis and Bukaty were at KMBZ.

“The most common thing I get (from listeners) is from K-State fans who ask, ‘How come you can’t be more of a homer?’”
Kevin Kietzman, 810 AM
GH: I would think the most common thing KK hears from his listeners is, “That Cookie Diet is the shit!…uh, I mean gave me the SHITS!”

“You folks know! You listen every day! … Danny is basically sitting here saying a lot of the opposite things I’m saying!”
Kevin Kietzman, 810 AM
GH: The more Kietz defended himself against Wright’s accusations, the more fascicle his comments became. Danny opposes a KK opinion about as often as Jim Colbert makes sense.

“KK does not even follow any of his followers/interact with his listeners. Why do people continue to mention someone who does not care about you? If you continue to bitch about KK and still follow him or listen, then you are just inflicting pain on yourself. You need to quit him.”
Bob Fescoe, 610 AM
GH: Wright, Fescoe and Danny Parkins, the three primary voices of 610 Sports, all met at the 810 Zone recently and parked the company van right out front. 610 would love to start a radio war with 810. They have even invaded enemy territory and tweeted about it. Will it matter? Probably not.

“It is now 10:15 AM and I have heard that Petro is a fatty and his wife wants him to get ‘dress shorts,’ they have a Brogden GMC out front and they will have Oklahoma Joes BBQ.  No sports.  The hour is ¼ over and no sports.”
OTC Reader Anthony, Email

“I saw Hangover II today. The only thing more mailed in than that monstrosity is the afternoon show on 810.”
Danny Parkins, mid-morning host on 610 Sports
GH: What does it say about the quality of the shows on 610 Sports if Kietzman’s mailed-in show – and it is definitely on cruise much of the afternoon – continues to dominate in the ratings? Plenty.

“I will start the day today with NASCAR…”
Kevin Kietzman, opening his Thursday show, 810 AM
GH: Click.

“Jim Colbert is joining us now!”
Kevin Kietzman, opening the three o’clock hour of his Thursday show, 810 AM
GH: Click.

Software guy who has been writing my Off The Couch column in KC newspapers, publications and websites since 1994. Has been bounced from some of the finest media establishments this side of State Line Road. Dad first and everything else second...and there are a lot of everything elses.
View all posts by Greg Hall →
This entry was posted in Greg Hall OTC and tagged 810, Kevin Kietzman, Nick Wright, raido wars. Bookmark the permalink.

36 Responses to OTC: Nick Wright Calls Kietzman A Shill & A Whore / Will It Matter?