OTC: Did Mizzou Save Their Season By Squashing Mike Anderson’s & The Hogs’? / Santana Dreamin

“That was one hell of a win for Mizzou in Fayetteville tonight. Can’t overstate it. Whole season looks different now. On a side note, I’d pay good money to listen to Fayetteville sports radio tomorrow.”
Gabe DeArmond, @GabeDeArmond, on Mizzou winning 75-71 at Arkansas’ Bud Walton Arena for the first time Tuesday night, Twitter
GH: We saw Kansas turn their four-loss basketball season around in the span of about a week when after dropping a rare home game to SDSU the Jayhawks rebounded and took out OU, KSU and ISU in rude fashion. They have now gone 6-0 in the Big 12 and are Vegas’ odds-on favorite to win the NCAA tourney. No one expects Mizzou to make the Final Four but they were all but left for NIT fodder following a home loss to Georgia and road losses at crippled Vandy and LSU. But beating Mike Anderson’s Hogs in their own sty might be the elixir these Tigers need.

“Missouri’s Jabari Brown has made 20-29 three-point shots during his last five games. Averaging 24.4 PPG during that span. ON A TEAR.”
Jon Rothstein, @JonRothstein, Twitter
GH: Jabari Brown is riding a hot streak we haven’t seen around these parts maybe since George Brett broke .400 in 1980. Brown is the new RedHot!

“Jabari Brown 4th straight game scoring 24+ points-1st Tiger since Anthony Peeler in 1992.”
Tom Orf, @MU4124, Twitter
GH: Any Tiger whose accomplishments harken the name of one of Paseo’s most decorated Pirate must be doing some damage on the hardwood.

“Quick vacation tweet; Arkansas wins by 10+ tonight. A full Bud Walton is as intimidating as any venue in College Basketball.”
TJ Carpenter, prior to Mizzou’s game at Arkansas, @TJCarpenterWHB
GH: Oops. Sometimes it pays to get away – and stay there.

“And that’ll do it for Arkansas’ NCAA Tournament hopes. Two home SEC losses = done.”
Dan Wolken, @DanWolken, Twitter
GH: Mike Anderson looked anything but comfortable as his former team handed him a rare loss at home. It might be time for Suitcase Mike to move on once again. I hear Wal-Mart is hiring.

“Mizzou won back-to-back conference games for the first time all season, claiming its first win in 7 tries at Bud Walton Arena 75-71 v Ark.”
Tod Palmer, @todpalmer, Twitter
GH: Norm never won at The Bud. How about Frank Haith’s stock going from DOA to HBO in one win? The guy was lower than Quin Snyder in Missouri yesterday and he’s more popular than an I-70 strip club today.

“Called it a must-win given Mizzou is almost assuredly gonna lose to Kentucky and Florida. Huge defensive improvement, at least for a game.”
Danny Parkins, @DannyParkins, Twitter
GH: Does Parkins even pay attention to college hoops? Sure Mizzou COULD lose to Kentucky at home but Kentucky isn’t a sure loss for these Tigers – or just about any team with a pulse. Now the game at Florida might be a lock loss, but Cal’s Wildcats are pretty tame at times.

“Doug McDermott is good enough to do for Creighton what John Wallace did for Syracuse in 1996. The Jays can win in the NCAA Tournament.”
Jon Rothstein, @JonRothstein, after the Creighton senior scored 39 of the Bluejays 63 points and hit the game-winning trey to knock off St. John’s Tuesday night, Twitter
GH: I love Creighton but can they win the NCAA tourney? Well, Wichita State almost did last year…and just might finish the job this season.

“Richard Sherman says @dougmcd3 is the best.”
Tom Shatel, @tomshatelOWH, Twitter
GH: Creighton’s games are often broadcast on FoxSports 1 and McDermott’s game is well worth the trouble to find this channel. He is a throwback and a throwdown. I love that he came back to play his senior season with his dad and the Jays’ inaugural season in the Big East. Omaha!

“The @OmahaChamber will donate $1,500 to Manning’s charity for every time he says ‘Omaha!’ in the Super Bowl.”
Darren Rovell, @darrenrovell, Twitter

“Just heard from (Rex) Hudler that the #Royals have offered Ervin Santana a 2 year deal.”
David Lesky, @DBLesky, in a Tuesday night tweet, Twitter
GH: This tweet caused some rumblings across Royals Nation. And some backtracking. Read on.

“I’m not a spokesman for the team. I had just heard from a credible source that (at some time) an offer had been made.”
Rex Hudler, in an interview with Jeffrey Flanagan, Foxsports.com
GH: Maybe Hud has been reading my Twitter feed and is confused. I’ve made Santana two or three offers to resign with the Royals this winter.

“Royals general manager Dayton Moore confirmed Tuesday night that the Royals indeed have not made any recent offers to Santana. In fact, Jay Alou, one of Santana’s representatives, told FOXSportsKansasCity.com recently that the Royals have not had any contact with him since the Winter Meetings in early December.”
Jeffrey Flanagan, Foxsports.com
GH: Well, why the hell NOT, Jeffrey? Let’s get that guy signed and win us some pennants!

“Take it for what it’s worth, but Mike Moustakas is in Arizona, and I hear he looks in good shape. Lost weight, good muscle tone, etc.”
Sam Mellinger, @mellinger, Twitter
GH: Good news. Time for the Moose to fly. 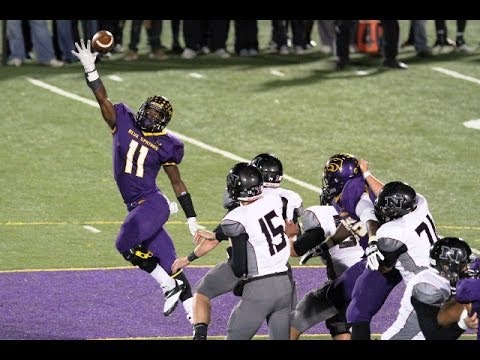 “K-State commit lands #B1G offer from Huskers @elee_doubleace: Offer #9 from the University Of Nebraska”
Randy Withers, @RandyWithersKC, on Blue Springs’ Elijah Lee securing his ninth scholarship offer, Twitter
GH: Lee still looks pretty solid on K-State to me as his Twitter page shows Bill Snyder Stadium and his bio states he’s a K-State commit. But I hear Mizzou is really putting the full-court press on the talented pass rusher. And MU has had some pretty impressive defensive ends in Gary Pinkel’s time in Columbia. “Playing flappy bird in class, prof catches me. Says, ’24? My best is only 6!’”
Max Storms, @MaxStorms, Mizzou distance runner and Olympic trials qualifier for half marathon, Twitter
GH: I downloaded this free game the other day that is killing more school/work time than an Atlanta blizzard. I spent a whole ten minutes in complete frustration and never tallied even a point. How are you doing with this challenging bird of flappy flight?

27 Responses to OTC: Did Mizzou Save Their Season By Squashing Mike Anderson’s & The Hogs’? / Santana Dreamin