“I really feel like this team has taken this city by storm. I just think this city is so locked into this team and they’re on such a ridiculous run right now. Man, it’s awesome! It’s so awesome to watch!”
Danny Parkins, 610 AM
GH: TV ratings are again setting records for Royals telecasts in August. Walk-up crowds at The K numbered in the thousands for the just completed four-game series with the A’s. I even placed a Royals sticker on my car window – the first time I’ve done anything like that since the early ‘90s. But has Kansas City embraced MLB and their Royals like it was 1985? Nope. There is still much work to be done and many broken hearts to repair. Read on.

“The interesting thing to me in polling the Royals fans in person is that when you ask them if they think this team is going to the playoffs, almost universally they say, ‘No.’”
TJ Carpenter, 810 AM
GH: Scoff at TJ’s informal polling if you want but I think the guy’s got a pretty good feel for what local fans are thinking – especially because he is a transplant from Arkansas. He doesn’t exhibit a lot of the scar tissue that most of us long-time Royals fans harbor.

“No, not really.”
Josh Willingham, the recently required slugger from the Twins, when asked by Nate Bukaty if he was not experiencing the vibe and atmosphere on this Royals team that has made them successful the second half of the season, 810 AM GH: Okay. So it’s just not some of the fans that are not caught up in the blue hysteria.

“(The Royals pennant race) has in some ways divided the city between young and old. The older generation has created this time machine and remember when there was a buzz in this city about the Royals. But for the people that are our age, for the first time in our lives we have seen competitive baseball and we’ve seen people excited about baseball with football just around the corner.”
Carrington Harrison, 610 AM
GH: Harrison’s and Parkins’ afternoon drive show on 610 itself divides the KC sports market by age. They market their show to a younger demo to take advantage of their youth and Kevin Kietzman’s audience’s more senior-appealing format. It is not a bad move in trying to unseat the undefeated king of Kansas City sports talk. I doubt it will work but it does define a clearly different demo for 610 to control and cater to advertisers.

“Do you even see the possibility of a collapse (by the Royals)?”
Danny Parkins, as the Royals clung to a half-game lead over Detroit on August 14th, 610 AM
GH: This is the naïve side of being 20-something. Parkins and Harrison went on and on how they could not even fathom the Royals falling out of contention over the next six weeks. Not only could the Royals be out of it in September, they could be all but gone before the end of August. Baseball is a cruel, cruel mistress. Never think you understand the game or its future. All we can do is watch, listen and hope like hell we break this 29-year drought.

“Hey, what time do the Royals play tonight?”
Guy sitting in the booth next to me at Freddy’s last weekend
GH: I was a bit startled that this stranger saw me as the Royals expert as I downed my second double-cheese Freddy. It then dawned on me that I was wearing a Royals lid. Wearing a sports’ team cap is the universal sign to the world that you are a fan of that squad and open to blessings and barbs about your team. Kind of cool to see that kind of chatter happening in our town again.

“(Josh Vernier) will be on the road with the team (this week). It will be good to have our guy reporting on the road.”
Jay Binkley, 610 AM
GH: There have been a few of those 100-loss seasons where the local radio station holding the Royals rights cancelled the travel for the guy following the team on the road. I believe Nate Bukaty was yanked off the road one or two seasons when 810 was losing their shirt as the Royals rights holder. It is just another change in the Season of Woo to have 610 add Vernier to their Royals road coverage.

“There wasn’t a lot of tough moments. A guy lost a ball in the sun…”
Ned Yost, when asked after the Royals final game of the A’s series to comment on the “tough moments” in the, Royals Radio
GH: Yost can be such a putz. Of course there were tough moments Thursday afternoon in the Royals 7-3 win over the A’s! Dyson lost a fly ball in the sun allowing the game to be tied and eventually costing Shields the lead. Escobar gets called out for running inside the baseline after a throwing error had him on second base. Cain suffers a brain cramp and almost prematurely lifts his hand off third base after a failed pick-off attempt. And through all that palpitating madness the Royals persevered and beat the A’s for the sixth time in seven tries this season. As Ned said, “That’s pretty good.”

“We’re like Mayweather in the ring. We never give up.”
Jarrod Dyson, 610 AM
GH: Dyson with a Mayweather comment? Harrah’s anyone?

“The seventh inning was nothing but a party. There’s no other way to describe it. The Royals took a 7-3 lead and never looked back.”
Kevin Kietzman, 810 AM

“September is going to be the key (to the Royals run at the postseason). It’s going to be how this team reacts. The key is going to be can they overcome their emotions or is it going to be, ‘Oh my gosh, we’re in uncharted waters here!’”
Mike Mcfarlane, 810 AM

“I’m very passionate about playing first and I love it. I understand how talented Eric is over there too.”
Billy Butler, on filling it at first while Hosmer is recovering from a broken wrist, 810 AM GH: I thought Hosmer’s injury was a death knell to the Royals season. Instead, it’s been the best thing to happen to Billy Butler since Zarda’s started cooking his sauce. And it might prove to be the best thing to happen to the Royals and Kansas City – outside of Sung Woo Lee that is.

“Billy’s turned his whole season around. Billy’s played spectacular defense over there. He’s played tremendous defense at first.”
Ned Yost, Royals Radio
GH: I don’t know about all that, Ned  – but Butler has made himself a LOT more attractive to any National League teams that are interested in picking him up for next season and beyond.

“The Royals are going to pound some people this week!”
Mike Mcfarlane, 810 AM

“I don’t really care if (Detroit) won or not. My team just played a great game. I don’t care if they’re aware or not.”
Ned Yost, Royals Radio
GH: I think this grumbled response was to a question from Karen Kornacki. Not even Korny can soften up ‘ol Nedley. 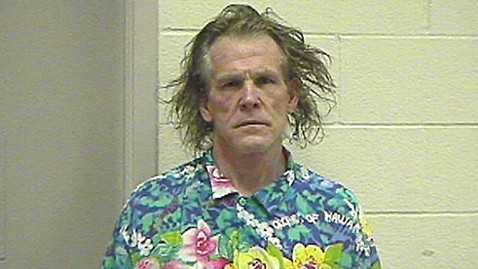 “Ned Yost played by Nick Nolte. That’s what I came up with.”
Johnny Kane, TV 9 sports anchor, as he and Josh Klingler tried to cast the Royals 2014 season as a movie, 610 AM

“Mike Moustakas played by Mike Tyson. That’s what I came up with.”
Johnny Kane, 610 AM
GH: Moose played by Tyson? Tats gone wild!