OTC: How Smart Are KC’s Sports Talk Jocks As Gamblers? / Being In The NIT Is Embarrassing 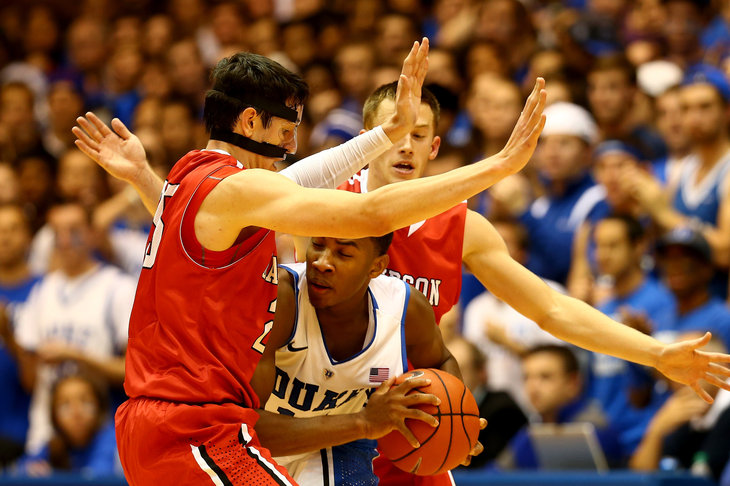 “People say I hate Missouri basketball. Are you kidding? Betting against them paid every bill I had in February.”
Danny Parkins, 610 AM
GH: I remember when I was young and dumb enough to think betting on sporting events was a profitable form of entertainment. When Soren Petro took a job in Las Vegas he told me his plan was to pay his rent with the winnings he’d make gambling. Kevin Kietzman also likes to hint at how good he is at beating the sports betting lines for profit. Maybe all of these guys are the anomaly and every bookie in town refuses to take their calls because they’re so smart. But a large part of me thinks those who continue to gamble real money on games once they’re making real money are far dumber than they believe.

“Davidson +7 was the greatest bet ever.”
Danny Parkins, @DannyParkins, tweeting while Davidson was building a 13-point lead at Mizzou Arena Tuesday night, Twitter
GH: Mizzou ended up winning by 8. Isn’t that how it almost always is?

“I don’t think you’re a KU homer. I think you see these guys play a couple of times and you go goo-goo-gaga over them.”
Carrington Harrison, talking to his co-host, Danny Parkins, 610 AM

“Coach McKillop is a great coach. Being here has changed my life. I’m not just a better basketball player but also a better man. It was the best decision of my life coming to this school. I’d do anything for anybody affiliated with this school.”
De’Mon Brooks, Davidson senior forward, in his postgame comments, Mizzou game note
GH: As senior speeches go, you can’t get much more perfect than this one.

“He’s a very special player. He will go down in Davidson basketball as one of the all-time greats.”
Bob McKillop, Davidson head basketball coach, on De’Mon Brooks, Mizzou game notes

“There’s no reason for people to play in a postseason tournament if it’s not the NCAA tournament. There’s too much rewarding of mediocrity. I see no redeeming value in the NIT at all.”
Jay Binkley, on the irrelevance of the NIT, 610 AM
GH: The box score for the first-round NIT game at Mizzou Arena reported that the attendance Monday night was “NA” or Not Available.  Really? How difficult is it to count three or four thousand people? Playing in the NIT is an embarrassment for a school like Missouri. Any attempts by Mizzou or Frank Haith to prop these worthless games up as anything but a disappointment speaks volumes to how far MU hoops has fallen in just two seasons.

“First I want to thank the fans that came out tonight, they were outstanding. We truly appreciate that and it means so much to us and our players to have the fans come out and support us; the energy they brought tonight was outstanding and I am forever grateful to them. We play Sunday and we do not know the time; I know it is spring break, but if we can get folks in town out here again it would be really appreciated. I thought our guys competed their butts off. I thought that from start to finish even when we got down 13; we were playing hard. Davidson is a really good ball club and you look at them on tape; they are an outstanding team.”
Frank Haith, in his opening comments following MU’s comeback win at home over Davidson, Mizzou game notes
GH: I am sure it is fun for the players and coaches to extend their season in the NIT. But these games mean next to nothing for fans. If anything, they are embarrassing. I’d prefer to watch Maty Mauk’s passing drills in March than MU playing in the NIT.

“Not expecting #Chiefs to say anything publicly on this (Emmanuel) Sanders situation, but don’t be confused. They’re plenty mad.”
Adam Teicher, @adamteicher, on Denver signing the former Steelers’ wide receiver after the Chiefs thought they had him, Twitter
GH: So the Chiefs got beat by John Elway once again? Let’s hope John Dorsey does more than gets mad and actually learns from his mistakes. And there is certainly no reason for the Chiefs or Chiefs fans to be upset with Sanders. These NFL teams will treat every player like a disposable resource so why shouldn’t a player get whatever he can from each bidder however he can?

“I keep coming back to this: Who did the #Chiefs whiff on b/c they thought they had Sanders? Edelman & LaFell signed today too.”
Terez A. Paylor, @TerezPaylor, Twitter

“I respected Teicher and all, but @TerezPaylor is putting in the kind of work this city deserves.”
Ryan S. Hall, @ryanscotthall, Twitter
GH: Paylor is receiving rave reviews from Chiefs fans on Twitter. The Kansas City Star continues to replace the talent they have lost with more than acceptable writers. I still get a pang when I see a Bob Dutton tweet that talks only about the Seattle Mariners, but Andy McCullough has stepped in and made Dutton’s departure very tolerable.

“The first (Chiefs) pick has to be wide receiver or safety. But it won’t be.”
Jake Gutierrez, 810 AM

“We’re going to do the top 32 bad Chiefs of all time!”
Bob Fescoe, on his Wednesday morning show, 610 AM
GH: Can sports talk radio get much lazier than this? Click.

50 Responses to OTC: How Smart Are KC’s Sports Talk Jocks As Gamblers? / Being In The NIT Is Embarrassing

Leave a Reply to Crackers Be Shaking Cancel reply