OTC: Moustakas & The Royals Have Identified The Enemy — And It’s The KC Media / The Stripping Of Danny Clinkscale To Come? 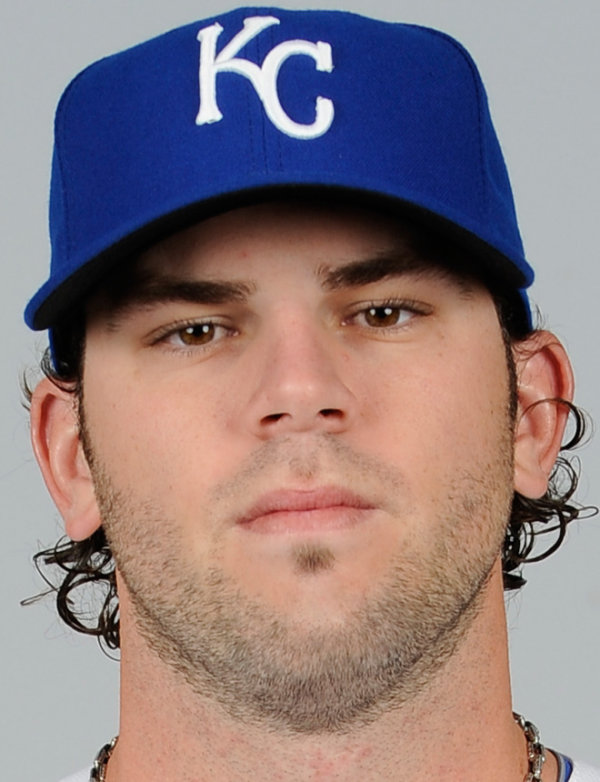 “Vargas threw the ball fantastic. He kept the ball down in the zone…”
Mike Moustakas, repeatedly answering any question from the media Wednesday afternoon about his two doubles and three RBIs in the Royals 3-2 win over the Rockies with the same evasive response, 810 AM
GH: You just wouldn’t think that a town the size of Kansas City as the 36th media market with the Royals and Chiefs not having any postseason success in decades, could produce controversy from their two moribund franchises on an almost daily basis. But there is almost always something of interest for Off The Couch readers to catch up on. Yesterday it was Dayton Moore sarcastically poking the media and today it is Mike Moustakas stiffing the media and the media not being all that happy about being stiffed. Read on.

“What’s this all about? … I’ll go one more time. You had the biggest hit of the game, can you talk about it?”
Danny Clinkscale, after hearing Moustakas continue to avoid answering questions about his productive day at the plate, 810 AM
GH: I give credit here to Clinkscale for being bold enough to ask the question that too often goes unasked in these kinds of settings. The easy thing for the reporters to do is just allow Moustakas to play dumb and move on to the next locker and quiz a player who might be more cooperative. Clink didn’t do that. He wanted to know why Moose was acting like a spoiled superstar – which is exactly what I wanted to know and I’m sure many Royals’ fans.

“Vargie had a great game tonight…”
Mike Moustakas, continuing to refuse to answer questions about his play, 810 AM

“This (feuding with the media) never ends up working out well.”
Buster Olney, when asked by The Border Patrol about Moustakas’ post-game behavior, 810 AM
GH: Just what the heck is Moose mad about? Mathematics? He’s the guy hitting .147.

“The media didn’t create this. He’s hitting .150. If you’re not hitting above the Mendoza line (.200), you don’t get to stay in the big leagues. That’s the way it works…or at least that’s the way I thought it worked.”
Jaime Bluma, former Royals’ pitcher, 810 AM GH: The Royals have identified the enemy and it appears to be the Kansas City media – particularly Danny Clinkscale. Will they follow the lead by the movie Major League and place a life-size cutout of Clinkscale in the middle of the locker room and start stripping off his clothes piece-by-piece after each win? With the layered look that the dapper Clink prefers, it might take 90 wins for the Royals to get a peek at Danny’s twig and berries.

“This is a middle finger to everybody. To everybody! We are the conduit to the fans. They can Twitter back and forth these days but they can’t be in that clubhouse.”
Danny Clinkscale, discussing Moose’s post-game interview with Kevin Kietzman, 810 AM
GH: Clink went a bit goofy over Moose’s sophomoric reaction to the media. Yes, the 25-year-old third baseman acted childishly, but the vast majority of fans will not see this as anything more than a gag played by Moose in a celebratory locker room. Most fans don’t care how the media and Royals get along. Clink and Kietz don’t seem to get that.

“He made a good situation – the Royals turning the corner and being over .500 – this was a feel-good moment for the team and he turned it into NOT a feel-good moment. … Al l the guys wanted was a quote for their stories. What (Moustakas) has done is painted a giant bull’s eye on him. Now guys can’t wait for something to happen.”
Danny Clinkscale, 810 AM
GH: I got the feeling listening to Clinkscale that he was upset with Moustakas. Clinkscale sounded downright mad about how Moose acted in that post-game interview. Why? I think I would have smiled and had some fun with it. As for Moose not giving the reporters what they wanted for their game stories, I saw and heard about Moose’s interview on every radio and television station I turned to Wednesday evening. I think they got what they wanted – news.

“You heard what happens when you have paid media (covering the team). He’s a nice guy but you heard what happens when this thing started going down the wrong road. Dick Kaegel threw him a life line.”
Danny Clinkscale, on the MLB.com writer changing the subject from Moose’s day at the plate to him and Salvatore Perez’s pick off 810 AM
GH: This comment reminded me how vehemently Kietzman defended the financial relationship WHB has with the Chiefs – and how it in no way affects how they cover the local NFL team. When a media outlet or media person enters into a financial agreement with the team or organizations they report on the consumers are often the losers.

“The circus has come to town for this (Royals) team. It is clear to me that it comes from the top clear down to the players, that they feel they have been wronged by the media. If questions about a guy hitting .150 is going to bother you, Boston and New York would make you wet your pants.”
Soren Petro, 810 AM

“I believe in him. Dayton believes in him. The players in that locker room believe in him.” Ned Yost, reassuring the media that the Royals are all on the same page with their third baseman, Kansas City Star

“I want to be careful about what I say… I do get kind of a sense (in the Royals’ clubhouse) that there’s kind of a split between the younger guys and the older guys on the way they were handled.”
Nate Bukaty, 810 AM GH: Bukaty was not eager to share this nugget from what he thinks about the atmosphere inside the Royals’ clubhouse. If Yost starts reciting nursery rhymes the next time Nate asks a question we will know why.

42 Responses to OTC: Moustakas & The Royals Have Identified The Enemy — And It’s The KC Media / The Stripping Of Danny Clinkscale To Come?