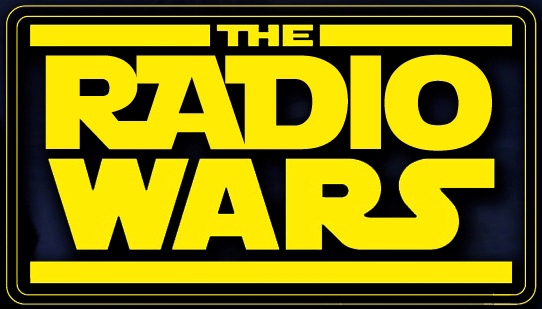 “Can’t wait to hear your recap of the flames being thrown on 610. Best show Nick’s ever done…”
Josh S., @jjskck, Twitter
GH: Nick Wright’s final day on 610 Sports is today, Tuesday. He began his two-day departure with a planned format to make his show one to remember. He succeeded. Anytime a member of the radio media begins frankly discussing their opinions about the work and character of other people in the media, it makes for some entertaining radio. Wright went after a number of folks but he spent a great deal of his time discussing his fellow Syracuse alum, 810’s Soren Petro. Read on.

“The real story on why I don’t like Soren Petro is because his inability to hide his absolute envy and jealousy of me has turned him into a bad person.”
Nick Wright, 610 AM
GH: How can you turn this kind of radio off? If Nick would have done an hour of discussing the Kansas City media every day instead of Jared Carter’s illicit love child, maybe he could have eaten into KK’s numbers a bit deeper.

“I just thought [Petro] did lazy, formulated idiotic radio and I pointed that out on the air. He saw me at Arrowhead and started screaming at me and demanded we go outside. He put his finger in my chest and threatened to ruin me in this town and called me a two-faced bleep-sucker. That’s the short story as to why I don’t like Soren Petro.”
Nick Wright, 610 AM
GH: Okay, so this is old news to some but it’s good background for those who were not aware of the genesis for these two who knew each other when Wright interned at 810 during his early radio days. Does anybody know what nickname the 810 crew slapped on Wright when he was an intern? They traditionally label every intern with an unflattering nickname and I have never heard what they called Get Nick.

“One of the reasons I have an ego is because I’m very good at what I do. Petro has an ego without being good at what he does.”
Nick Wright, 610 AM
GH: Rush Limbaugh and Jason Whitlock have made their bigger-than-life egos a large part of their media shtick. But it just doesn’t work for me with Wright. Limbaugh and Whitlock are nationally known and like them or not, the needle moves when they talk. Nick went from Saturday sports talk host to afternoon-drive sports talk host on KC’s “bad” sports talk station – all within about 15 minutes. Nick’s been telling us how talented and intelligent he since he got a Mr. Microphone at 610. How about showing us as well?

“Petro likes to pretend now that he’s always been Mr. Kansas City and he’d never leave. But the reality is that the reason Petro will never leave is that no one else will ever give him another job.”
Nick Wright, 610 AM
GH: I have never heard Petro bark about being Mr. Kansas City or his desire to never go elsewhere. That’s KK’s mantra. Petro had a national job in Vegas and he could not get back to KC fast enough. Petro used to call me often from Vegas to get my read on Don Fortune’s status on 980 and the possibility of him being able to take that time slot. Petro has already been elsewhere. It will be interesting to hear how Wright’s job is Houston looks to him a year from now. Kansas City is hard to beat when you’re talking about the passion a town has for sports talk radio. Where else are you gonna find an OTC dedicated to an Orange cat fight?

“Soren Petro likes to claim he’s Mr. Kansas City and ‘I’ve never wanted to be anywhere but here.’ It’s nonsense. Soren Petro tried to become big-time radio guy and got slapped down by Kevin Kietzman. Then he went to go work for Kevin Kietzman and then for years he was going up against a national show, so his ratings were great. Two months we’ve had a local show against him and we’ve taken away a 30 to 40 percent margin of his ratings. He’s just not very good.”
Nick Wright, 610 AM
It will be interesting to watch and see if 610’s new local show featuring Danny Parkins and Carrington Harrison can catch and even surpass the perennial king of the nooners.

“Petro is just so proud of himself. Why? Because you memorize numbers? He’s an idiot!”
Nick Wright, 610 AM

“[People say] ‘If you want to learn about baseball, you should listen to Soren Petro.’ If you want to learn about baseball, buy a freaking Baseball America Almanac! Radio is not an education medium. It’s an entertainment medium.”
Nick Wright, 610 AM
GH: Doesn’t Nick have NPR programmed into his JoCo minivan? I do agree with Nick on the stat-filled aspect of Petro’s show. Petro has a passionate following that loves his baseball numbers and arcane acronyms. But his midday slot is a great place to hide that much nerdism. It doesn’t play well to the masses in the light of drive-time radio.

“[Petro] tried to beat Kietzman, he got slapped down by him. Then he went to work for him and went up against a national show and he mailed it in for years. For years! The Friday before a Chiefs’ playoff game he did an hour of trivia.”
Nick Wright, 610 AM
GH: Wright has long ripped Petro for playing radio trivia. It is seen as the lazy way to get callers – and it is. But what Petro does for one hour each Friday is nostalgic for many of his callers. He invites Pete Enich into the studio and it is 1994 all over again.

“I know Pete Enich is some kind of Kansas City radio legend but you know what? Wendell Anschutz is a television legend and the thing is, he passed away so they don’t put him on the air anymore.”
Nick Wright, 610 AM
GH: Nick was channeling a bit of his inner Neilbonics with this gem.

“I enjoyed listening to Nick Wright’s media ‘rant’ today, entertaining; but don’t go there with Pete Enich. Pete Enich is a class act IMO.”
Gary Bedore, @GaryBedore, Twitter
GH: This may be the only time “Pete Enich” and “class act” appear in the same thought. I think Nick had it right when he called Peter Yates a local radio legend.

“I just think it’s lazy [how Petro conducts his show]. I think the city of Kansas City deserves better than a guy who intentionally does a first segment that uses the first ten minutes screwing around, and then Kurtis – and I like Kurtis – has looked up some ludicrous stat…it’s garbage!”
Nick Wright, 610 AM
GH: There is a lot of screwing around on all the local sports talk radio shows. In order of rank as to which shows screw around the most, here are my top three. 1) KK’s infomercials that are supposed to fool us into thinking they are actual sports programming. 2) The Border Patrol spends more time saying nothing than all shows combined – but I am frequently entertained by the nonsense. 3) What’s Wright is an ongoing soap opera with Carman, Carrington and Carter as Nick’s favorite spittoons.

“Then Doug Stewart says something with condescension in his voice as if he’s accomplished anything! Anything! For years and years I assumed Dave Stewart the TV guy was Doug Stewart’s dad because how else did he get in this industry and survive? But it’s not his dad! So I assume that he has the video of Kietzman’s car stop or he’s related to Petro. Because that guy is just a failure at life!”
Nick Wright, 610 AM
GH: Wright wants us to think he hates Petro more than Georgetown and white women but we all know the truth. He hates Doug Stewart most of all. It is odd because Stewart is no more than a bit player on Petro’s midday show but he has Wright’s attention because he is clever and very, very good at making the weird kid never forget he is not cool. His attacks on Wright have often been on Twitter and for some reason they hit home with Wright. Stewart reduces Wright to junior-high attacks like his above comments. I am not sure what Stewart’s talents are either but he is very, very good at getting under the skin of the Black & Mild Man.

“I think [Craig] Brenner’s excellent by the way. I like Craig Brenner a lot. I think Brenner and Seaboldt are really good.”
Nick Wright, 610 AM
GH: Someone please check on Brenner and make sure his car has not been tampered with in the WHB parking lot.

“[Back when I was selling steaks door-to-door], during my lunch break I turn on 810 and I hear, ‘So Seaboldt, let me make fun of you because for some reason even though I’m a fat and disgusting man, I’ve determined you’re a little fatter than me so let’s act like you’re some disgusting human being. And hey Doug Stewart! You know what I said that you just 100% agreed with? Agree with it some more! And Brenner, you’re actually kind of funny so you don’t get to talk.’ It’s just garbage.”
Nick Wright, 610 AM
GH: So how is that garbage different than – I’m a big-nosed funny-looking man but you Carter are an awful human for impregnating another man’s wife and you Carrington disgust me because you like Parkins more than you like me and you Carter, why did you hit ‘ignore’ in your cell phone when I tried to call you last night? Houston, you have a problem…and we know it well.

“Kietzman was my competition so I did my best to pick away at his credibility. Petro is…I don’t know what the word is. Petro is just bad for humanity, I think is the best way to put it.”
Nick Wright, 610 AM
GH: But this rant from Nick was good for Kansas City sports radio listeners like me. I might even miss the little guy when he leaves. PS: More from Nick’s rant in Wednesday’s OTC. If you liked this, you’ll love what’s next.