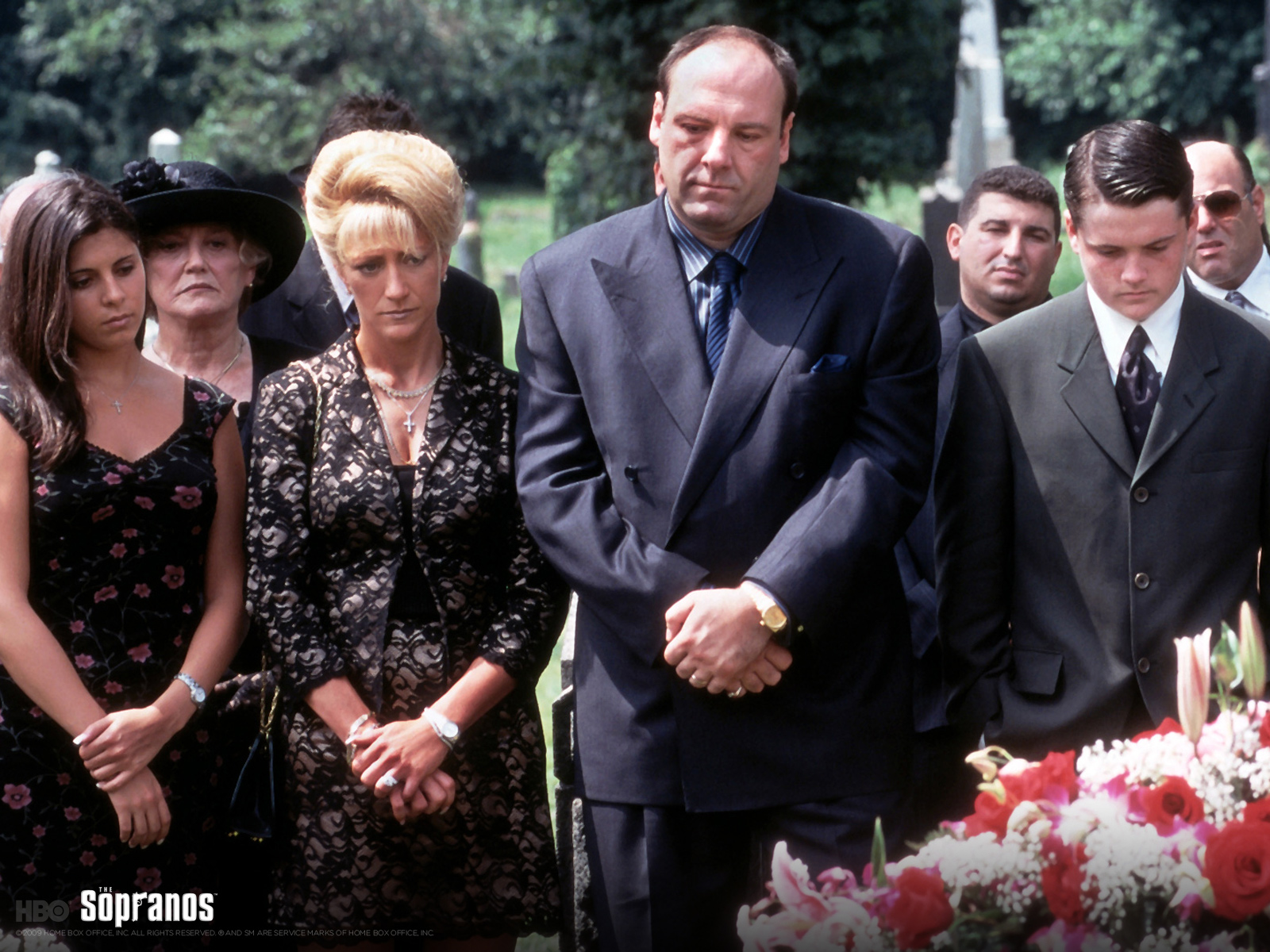 “He was a genius.  Anyone who saw him even in the smallest of his performances knows that.  He is one of the greatest actors of this or any time.  A great deal of that genius resided in those sad eyes.  I remember telling him many times, ‘You don’t get it.  You’re like Mozart.’ There would be silence at the other end of the phone.”
David Chase, creator of The Sopranos, reminiscing about the late James Gandolfini and how he embodied the character of Tony Soprano, hitfix.com
GH: It is difficult to even remember what television drama series were like before HBO’s The Sopranos. Yes, The Fugitive, St. Elsewhere and others enthralled and entertained – but The Sopranos grabbed me in a choke hold and made me think Tone, Carm, Paulie, Christopher, Meadow and Silvio were all real people. And Gandolfini’s Tony was the character that made everything work. What a great f-ing show.

“Tony Soprano was a monster, but an oddly relatable one. He struggled with his family, whether enduring the caustic disapproval of his mother or the misbehavior of his kids, and went to therapy to deal with panic attacks and a wide-ranging feeling of depression. But he also had no compunction about strangling a man to death while taking daughter Meadow on a college tour. He was vulnerable. He was charming. He was cruel and vindictive and angry and practically drowning in self-pity. And Gandolfini played every facet of that character beautifully.”
Alan Sepinwall, writer, hitfix.com
GH: I dug up some dialogue (below) from The Sopranos to rekindle some of that magic we all shared each Sunday evening as that familiar music blared (You woke up this morning, got yourself a gun…). We all road along with Tony as he cruised through Jersey to his big house in the burbs…

[about DVD players]
Tony Soprano: I hear there’s not as many titles available as on laser.
Brendan Filone: You know, there’s more coming, though.
Paulie ‘Walnuts’ Gualtieri: My internist told me the picture’s not that different from laser either, Tone.
Brendan Filone: But the sound, way improved.
Tony Soprano: Good. ‘Cause nothing beats popping up some Orville Redenbacher’s and listening to “Men in Black”.

Christopher Moltisanti: You ever think what a coincidence it is that Lou Gehrig died of Lou Gehrig’s disease?

Anthony ‘Tony’ Soprano Sr.: Excuse me, let me tell you something… When America opened up the floodgates and let all us Italians in, what do you think they were doing it for? ‘Cause they were trying to save us from poverty? No, they did it because they needed us. They needed us to build their cities and dig their subways, and to make them richer. The Carnegies and The Rockerfellers: they needed worker bees and there we were. But some of us didn’t want to swarm around their hive and lose who we were. We wanted to stay Italian and preserve the things that meant something to us: honor and family and loyalty… and some of us wanted a piece of the action. Now we weren’t educated like the Americans, but we had the BALLS to take what we wanted! And those other folks, those other… the, the JP Morgans, they were crooks and killers too, but that was the business right? The American Way.
GH: I grew up a few blocks from Little Italy in Southeast Omaha. My younger brother Jim now owns Orsi’s Italian Bakery on 6th Street in Omaha. The Santa Lucia Festival was always the highlight of our summer. Jim was the honorary president this June. We knew the hard-working Italian American immigrants well as kids. My first two coaches ever were named Tony Butera and Tony Nocita – both larger-than-life father figures that to this day I love like they were actually my dad. While many wince at how The Sopranos portrayed Italian Americans, I recognized the warmth, humor and loyalty amidst the animal cruelty and murderous lifestyle. Gandolfini did Tony Soprano like no actor has ever done any character.